San Antonio is a tough town to walk in. On many streets the speed limit is 45 mph and cars often drive at 55-60 mph. Even if you cross at a crosswalk that has stripes and a pedestrian light you will have the green walk light at the same time that cars turning right into your crosswalk also have a green light. Personally, I think it is sometimes safer to cross in the middle of a street because you only have to look two ways instead of also watching for cars turning into you. However, if you are hit by a car while crossing a street the police will investigate if called and blame you if you are not in a crosswalk.

The statutes which can be used to argue the relative faults of the driver and the pedestrian include: N.R.S. 484A.065, which defines crosswalks; N.R.S. 484B.287 which gives the right of way to the driver in every case in which a pedestrian is not in a marked or unmarked crosswalk; N.R.S. 484B.280 which states that every driver shall use due care to avoid hitting a pedestrian; and N.R.S. 484B.283 which states that whenever a vehicle is stopped at a marked or unmarked crosswalk at an intersection, “the driver of any other vehicle approaching from the rear shall not overtake and pass the stopped vehicle until the driver has determined that the vehicle being overtaken was not stopped for the purpose of permitting a pedestrian to cross the highway.” 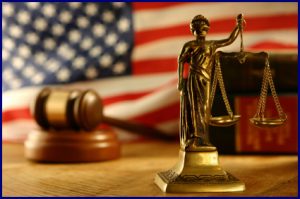 Having lived in San Antonio since 1981, I don’t think car drivers give pedestrians any respect at these unmarked statutory crosswalks and it’s even risky assuming a car will stop at a marked crosswalk. I think you could even make a safety argument that carefully crossing in the middle of the street is safer since you don’t have to worry about getting hit by cars zipping around corners. But, as you can see from the above statutes, a pedestrian hit inside a marked or unmarked crosswalk has a much better chance of winning money damages than a pedestrian hit outside a crosswalk whom the police will accuse of jay walking.

When Pedestrians are Hit outside of Crosswalks:

Occasionally, I have won a case for a pedestrian hit by a car outside a crosswalk. The biggest involved an elderly man who was crippled from childhood polio. He was given a ride to his home by a co-worker who let him off across the street from his house. He was hit by a car as he jaywalked across the street. Satellite photos showed that he would have had to have made an unusually long walk to get to the nearest crosswalk. The satellite photos also showed that the car driver had a long unobstructed view of the pedestrian. The car driver’s insurance paid a large settlement.

However, in this case the police cited the victim for jaywalking. We first had to get the jaywalking charge dismissed. Otherwise, the insurance company could have argued that the jaywalking conviction was proof of negligence on the part of the victim.

Most attorneys would not have taken this case because the police cited the pedestrian victim, not the car driver. Usually if the police cite you and not the other person the case will not work out. However, there are a few exceptions.

It can also happen that the police blame both the driver and the pedestrian. For example, the driver could be driving drunk, or speeding, or making an illegal turn. Or maybe phone records will show that the driver was yakking on his phone or texting when he hit the person on foot. If you are seriously hurt while crossing a street on foot we will be happy to talk to you. Our Law Firm has handled many car accident and truck accidents, some of which have involved hitting a pedestrian (person walking).